skip to main | skip to sidebar

I can't believe I forgot to blog my Christmas and anniversary cards to my husband! The Christmas card is a little basic, but I was thinking on the hop as I didn't have that long to get it made and out there LOL I do love Paper Nation decoupage stuff though. 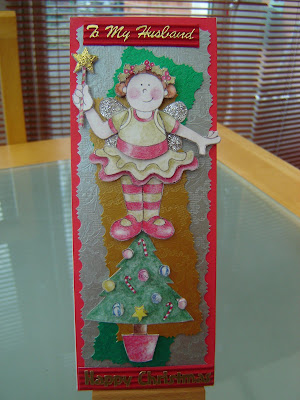 For our anniversary card I'd been thinking for a while to use penguins as we were married on 27th December so they seemed fitting :) I had bought these toppers for Chrimbo cards but had then lost them (story of my craft room!). I've gone a bit crazy for corrugated card at the mo too. Hubs and I are pretty much on the same wavelength but even I was surprised when I opened my anniversary card off him and it showed 2 penguins on the front LMAO :) 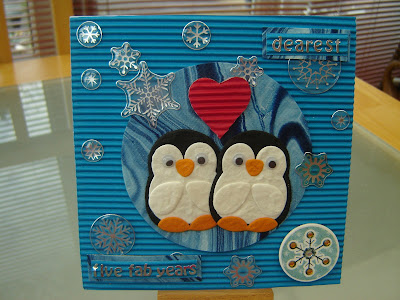 Onto the new :)
I have made this card as a thankyou to our friends in Germany who helped us out unconditionally over New Year when we visited. It depicts our helpful fairy and elf :) 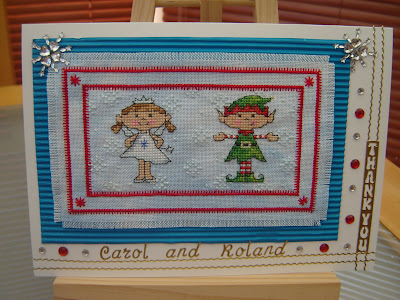 Then I've got a friend who just loves Winnie the Pooh so when I found this Heffalump from a magazine cover kit I'd forgotten all about, I thought I'd stitch it for her :) 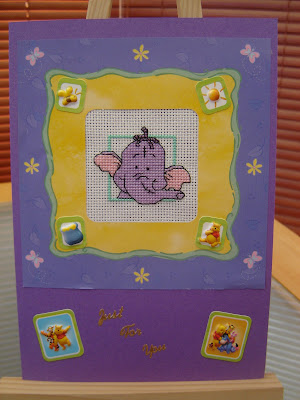 I've been mainly stitching little things for ATCs over the past few days but I intend on doing the lettering on the WTP birth sampler I began for my friend's first born son. It's not something I'm looking forward to and I can tell because I've been putting it off for aaaaaages!!
Posted by me at 11:44 1 comment: 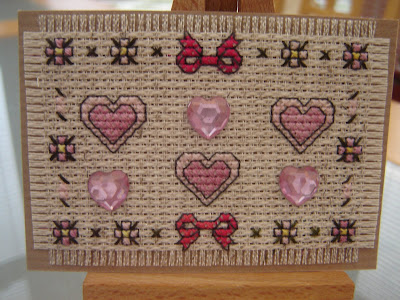 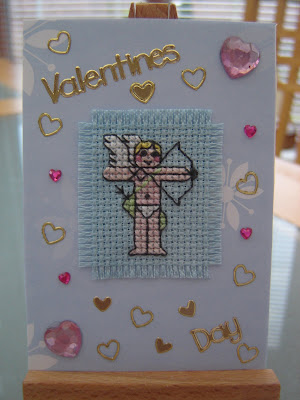 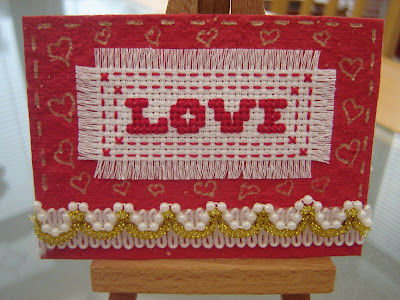 For an exchange on The World of Cross Stitching site. I've really enjoyed the chance to experiment with different designs, fabrics and threads and they're so easy and quick to do too :)
Posted by me at 13:53 1 comment:

I hope you like my crafting attempts, but please don't copy any of my artwork or cross stitch designs for submission to competitions, magazines, etc. Thank you!

Where I find some inspiration :)

Where my visitors come from